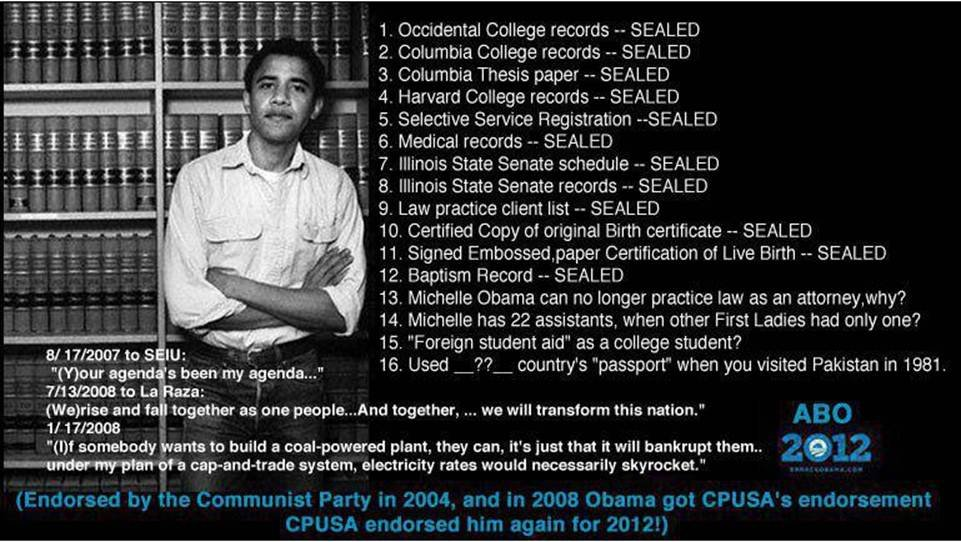 Other Claims
Besides the numbered claims, the graphic also states that Obama has been endorsed by the Communist Party USA (CPUSA). It’s true that the Communist Party USA supports Obama. It claims to have about 2,000 members. Obama didn’t seek the CPUSA endorsement, nor has he endorsed that group.
The graphic also attributes three quotes to Obama, all of which are commonly offered on conservative websites. All the quotes are accurate. Here’s the background:
In summary, there are bits here that are true. But most is wrong or misleading, and overall the graphic falls far short of getting our seal of approval for accuracy. Call it “unsealed.”
– Brooks Jackson
Posted by Stacy Burke at 9:24 AM