Republicans are often seen as the champions of conflict.  They are consistently looking for another war for us to engage in.  After all, war time means large profits for private contractors.  From the Bush Doctrine, which states we can preemptively strike a country that is suspected of plotting against the United States to Senator McCain’s “bomb Iran” parody, the idea of war is one that many Republicans fantasize over.
Left out of their discussion are the individuals that are being sent into harms way.  This seems to be the disconnect between the two parties when it comes to armed conflict.  Generally, Democrats hate the war but love the troops and vets.  Republicans love the war, claim to love the troops, but hate the vets.  While this may seem like an outlandish statement, we have several examples of policies and votes that prove otherwise.
Most recently is a bill being proposed by Senator Bernie Sanders that would help fund many pressing issues facing veterans.  This includes funding for health care, education, employment while restoring approximately $6 billion in pensions cut during the budget agreement to working-age military retirees.


Sanders proposed offsetting the cost of the legislation by using the Overseas Contingency Operations funds, which have been used to pay for the wars in Iraq and Afghanistan.
“I believe, having looked at this, that there is more than enough money in that fund to fund this legislation,” Sanders said. But he noted that the final decision will have to be made in conjunction with Senate Democratic leadership.

This should seem like an obvious choice.  The cost of the legislation is approximately $30 billion over 10 years. That is a small price to pay for those who fought for this country.  Yet, the Republican Party, who lied us into these wars, is now abandoning the very people they sent into harms way.
The most obstruction facing Senator Sanders is coming from the House of Representatives.  Despite having the support of 18 military and veterans organizations, and expecting to have the backing of every major veterans organization very soon,a Republican aide with the House Veterans’ Affairs Committee is expressing pessimism on the legislation a future.


“That money is not a regular budget item and by design will run out once Overseas Contingency Operations have ended, and therefore is probably not the best vehicle to use as an offset,” the aide said, referring to using the OCO funds to pay for the veterans bill.


In a 2012 Congressional Budget Office report, it states “there is no ‘OCO fund’ set aside in the Treasury from which resources can be drawn in future years.”

This is not the first time the Republican Party has abandoned the veterans and their families.  In 2013, shortly after shutting down the government, Republicans went on a full court press to lament the horrible Democrats for blocking vets from seeing the national memorials.  The Daily Kos wrote an article that showed the true nature of Republicans when it came to supporting the veterans.
While the list is quite long, some key points include the nightmare that was Walter Reed, proposed benefits cuts by Representative Michele Bachmann to the tune of $4.5 billion, a $100 million charity scam by a major GOP donor, a refusal to increase VA funding to help with the increasing amounts of veterans from Iraq and Afghanistan.  Republicans also killed a $1 billion jobs bill that would have provided access and tax breaks for those hiring veterans.
This is just scratching the surface of the ways that the Republican Party has abandoned troops.  They have absolutely no problem sending our young men and women into harms way, but feel no responsibility to take care of them.  The American public has come a long way since Vietnam in regard to the opinion of troops, but it would seem the Republican Party is still fond of using them as cannon fodder.
Sanders remains hopeful that an agreement can be reached with the House.   However, the only chance the legislation may have is if the Democrats take a piecemeal approach.


The Republican aide added that although members “support the ultimate goals of a number of initiatives” in Sanders’s bill, “we feel veterans would be better served if the Senate took a more measured, piecemeal approach to passing some of the initiatives.”


That is nothing but shameless Republican double speak. This would weaken the integrity of the bill, and leave each individual piece to the whim of the Republican Party.  This is not the way that we should legislate in America.  There needs to come a time when politics gets pushed to the side and doing what is right for the country prevails.  Apparently, the Republican Party has lost sight of this.  The Republican Party has abandoned their commitment to the men and women of this country.  While Senator Sanders may be hopeful they will do the right thing for once in their life, history says otherwise.
Video
Fox News has already come out against Senator Sanders veterans bill.  It should not be a surprise as to how the Republicans in Congress will vote.
Posted by Stacy Burke at 4:15 PM No comments:

Have you ever wondered why, even when faced by the most convincing evidence and the clearly struggling working class, Republicans refuse to even consider a much-needed raise in the minimum wage?
Well, wonder no more, because middle-class warrior and Massachusetts Senator, Elizabeth Warren, reveals the answer in this powerful video.
So what is the real reason behind John Boehner and the Tea Party House of Representatives’s refusal to do what is right by the American worker?
As Warren states in the video: “Who would be opposed to it? Why would we not have a minimum wage raise? Why would we want people working two or three jobs? Why would anyone to give workers a disincentive to work because working isn’t enough to keep your family out of poverty? And the answer is, because it may, it just may….”
Please watch the video below to find out, and spread Senator Warren’s timely truth on social media forums.
Posted by Stacy Burke at 4:09 PM No comments:

State of the Union Address 2014 - via RandiRhodes.com

After so many years of asking for cooperation from Congress without getting it, last night. President Obama told Congress that he was willing to go forward without them. And the country is going with him! The President said "America does not stand still, and neither will I." It was perfect, because while he said that, John Boehner sat absolutely motionless. Obama was essentially calling Congress a roadblock, and Congress just sat there. Did they realize that that was the best way possible to illustrate Obama’s point?

Obama basically told Congress to take a hike, but he said it in an upbeat and positive speech. It sounded more like he told them to take a pleasant walk. There was a nice moment when Obama was praising the American spirit and used the example of "how the son of a barkeep is the Speaker of the House." I think John Boehner was taken by surprise. But he had the presence of mind not to respond by trying to lift an imaginary wine glass. You know his first inclination was to lift a glass and shout "Drinks for everybody!"

The official Republican response came from Congresswoman Cathy McMorris Rodgers. But there were several other formal Republican responses, which begs the question of whether there is an “official” Republican response. Not to worry, Republicans—all of the responses were equally fatuous and empty. At least you all agree on having a total lack of substance. You could be forgiven for thinking that Cathy McMorris Rodgers was the lady from “Romper Room.” Really, she was so smiley and condescending that I thought for a moment that I had switched the channel to a local TV kids show. I was waiting for her to bring out hand puppets to talk about how mean that Mr. Obama was.

We understand - you may have had a busy week, and didn't have time to watch the whole 2014 State of the Union address - let alone the four different Republican responses. So, Team Randi found this handy two-minute version of the 2014 State of The Union address, just for you. Now you've got NO excuse not to see it! 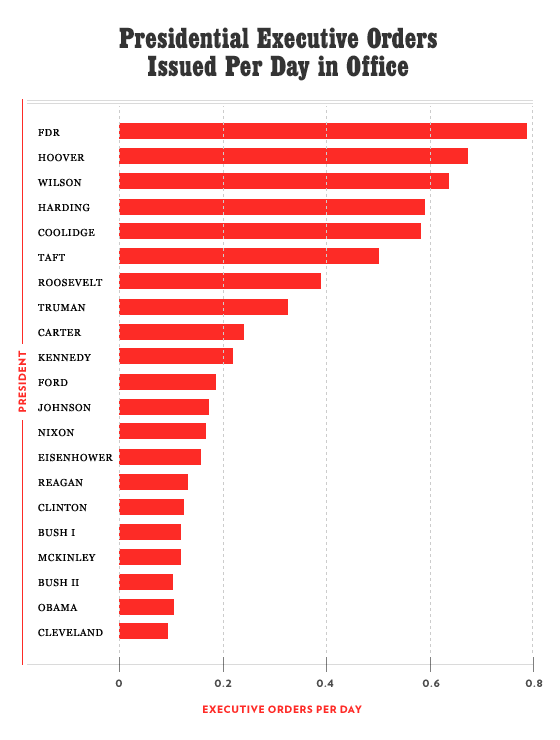 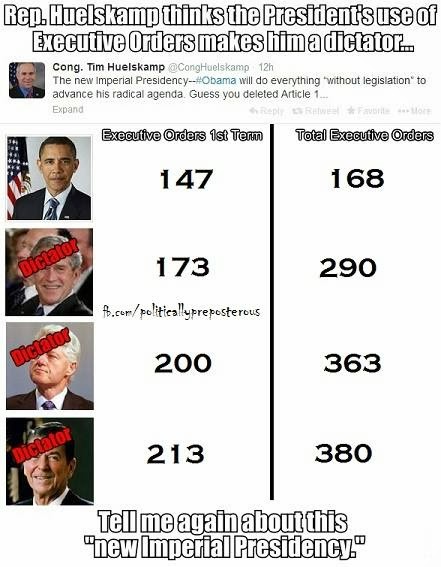 Posted by Stacy Burke at 4:04 PM No comments:

Who Destroyed Radio? Find out @ NormanGoldman.com

Want to know who destroyed radio, and why? And how? Why there is no "liberal talk"? I spill all the beans in the Beyond The Norm segments this week. $5 for a month at www.normangoldman.com and you get the entire archives. Try it - it's a bargain!
Posted by Stacy Burke at 4:53 PM No comments:

Meanwhile in OC - (Un)Justice being Served! 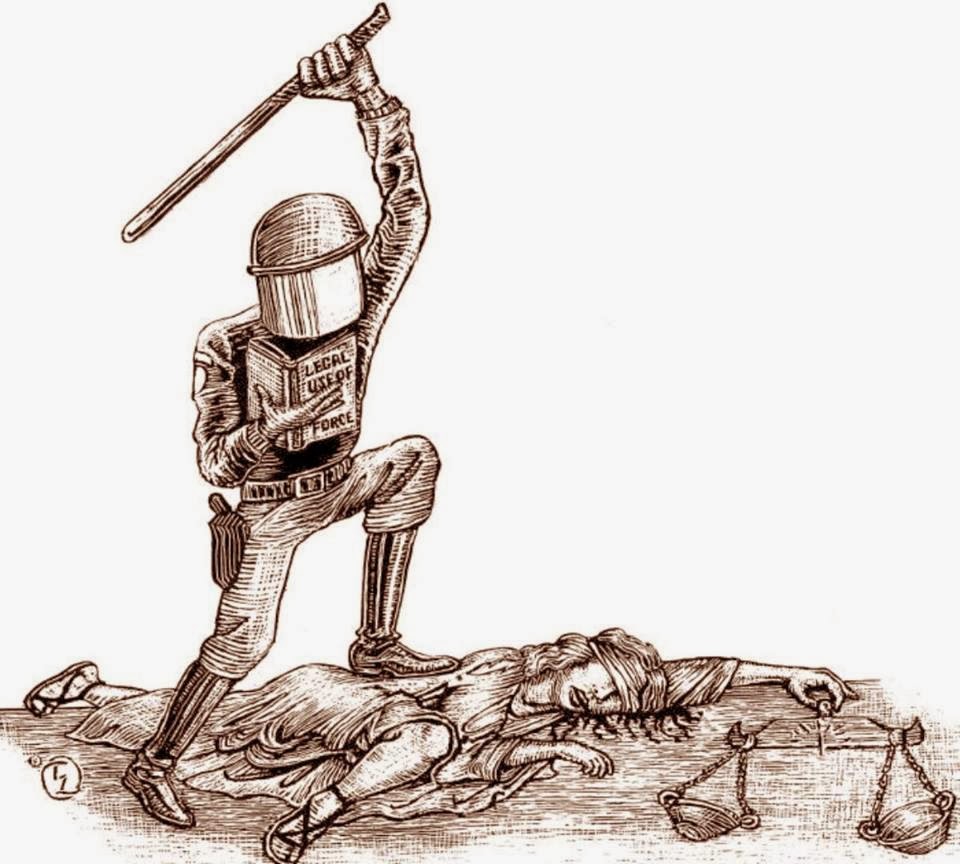 Post by Cherie Currie.
Posted by Stacy Burke at 9:26 AM No comments:

Randi told you to read Professor Giroux's book back in November - so you've had plenty of time to read it. In case you've forgotten, Professor Giroux is not only one of the top experts in the world on education. He's also a social commentator, an author of more than 55 books, and a board member of reliable alternative newsmedia website Truthout.

Since Randi first picked up Professor Giroux's book Zombie Politics and Culture in the Age of Casino Capitalism, she's wanted to interview him. Today, she got the chance to ask him about about what's really going on in our American government today, and how power, money, education, and ethical media have corrupted it.
Click below, take a listen - and then go read Henry Giroux's book.

2014 Is Going To Be My Year Now That I Know These 89 Genius Solutions To Simple Problems.

As you go into the New Year, remember that things can be better than previous years. Maybe you’ll get a raise, date someone new or even adopt an adorable pet to welcome into your family. But, if you fail at all of those things (sorry, if you do, but the chances are you may), here are life hacks that you can use to make your 2014 a lot better.
Even if you don’t get a raise.

So get out there, use hammers in creative ways and impress your friends at dinner parties. 2014 is going to be your year!
Posted by Stacy Burke at 10:21 AM No comments: