Putin in Prose (via Randi Rhodes)

Russian President Vladimir Putin has an op-ed in today’s New York Times. Be careful what you say in those, Vlad! Remember how “Let Detroit Go Bankrupt” came back to bite Mitt Romney in the ass! The piece is titled “A Plea for Caution from Russia.” Given the track record of Russia over the centuries, that reads more like “A Trick from the Leader of Russia.” But then the question isn’t whether Vladimir Putin’s intentions are good or not—it’s whether his intentions can be synchronized with our own intentions. If Putin uses us to get what he wants... and that’s also what we want, then go ahead and let him get what he wants.

Here’s the crux of the biscuit: Putin writes “militants from Western countries and even Russia, are an issue of our deep concern. Might they not return to our countries with experience acquired in Syria?” What happens in Syria, definitely will not stay in Syria. We don’t want any more 9/11’s, and Putin doesn’t want any kind of whatever 9/11 translates to in the Russian calendar.

Speaking of mistakes, Vlad chose to close with a swipe at the idea of American exceptionalism. American exceptionalism is an idea that is patently ridiculous and is practically begging to be mocked. And that’s all the more reason not to go near it. A lot of Americans are obsessed with the idea. And the rest of us are just embarrassed by it... so don’t bring it up, OK? This is like closing a plea to the British by saying “Oh, and what’s with the tea obsession? Have a cup of coffee like everybody else, losers.” Obama wouldn’t end a letter to the Russian people by saying “By the way, every time you people write the letter R, it’s backwards. Get it right, dummies!” Yes, American exceptionalism is a dumb concept. Everybody thinks that they’re exceptional. So in that sense, nobody is exceptional.

The White House reacted to Putin’s op-ed by saying “That’s all irrelevant.” If leaders around the world could manage to say that more often, we would all get along better. There is no better attitude to enter into negotiations with than “That’s all irrelevant.” The ability to realize what is irrelevant is perhaps more important than the ability to grasp what is relevant. The White House said “He put this proposal forward and he’s now invested in it.” Obama knows what’s important. And that’s why he’s so exceptional.

Meanwhile, the Medical Examiner who testified in the George Zimmerman trial has been fired. Well that came at least a few months too late. Dr. Shiping Bao says that the prosecution intentionally lost the case. Yes, and your testimony seemed to be a big part of that. Bao says that his autopsy proves that it was impossible for Trayvon Martin to have been on top of Zimmerman when he was shot. Well, if the autopsy proves that, your testimony sure never did. Now is a fine time to be saying this, Doctor! You should have said it when you were on the stand.

Stephen Colbert attempts the impossible: finding a coherent argument from Rand Paul that has not been contradicted by Rand Paul... 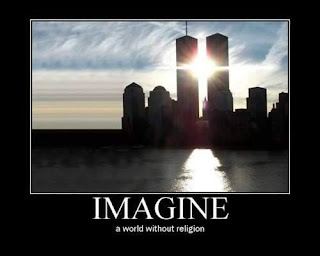 Imagine http://www.metrolyrics.com/imagine-lyrics-john-lennon.html … Nothing to kill or die for And no religion, too pic.twitter.com/0Wrh8uhxuk

It is important to remember times in history when the United States supplied dictators with weapons that are condemned today.
The time is December 1983 near the middle of President Ronald Reagan's first term. Iran and Iraq are at war, and Iran is gaining the upper hand in the military struggle. In an effort to stave off Iranian Islamic dominance in the region President Reagan sent Donald Rumsfeld to broker a secret deal with Saddam Hussein. In the secret 90-minute meeting Rumsfeld arranged for Saddam Hussein to acquire sarin nerve gas, anthrax, bubonic plague, along with others. He also arranged for Iraq to receive billions of dollars in loans to pay for these weapons.
How would Rumsfeld be able to do this? From the years 1977 to 1985 Donald Rumsfeld was the CEO of a major pharmaceutical corporation known as Searle & Company which, coincidentally enough, was sold to Monsanto in 1985.
Records also show that then CIA Director William Casey personally involved himself in assisting funneling cluster bombs to Iraq through a foreign shell company.
Later in 1988 United States intelligence agencies alerted Iraq to Iranian troop movements, and Iraq responded with a barrage of chemical weapon attacks.
This information remained sealed as a state secret until it was released by the State Department due to a Freedom of Information Act request.
Posted by Stacy Burke at 9:10 AM No comments:

Cool Down Now (Via Randi Rhodes)

Everything in this entire situation is so different. We need something traditional to hold on to. And right on cue, Ann Coulter calls President Obama a monkey. Some things never change. Every word that John Kerry has been saying in this crisis may not have been carefully considered and intentionally used to create a specific effect—but you can be sure that Ann Coulter carefully plans her use of the word “monkey.”

And of course you’ve heard about George Zimmerman. His wife told the 911 dispatcher “I don’t know what he's capable of.” Actually, the problem is that you know exactly what he’s capable of. Everybody does. Just ask Trayvon Martin. Oops, too late!

We know what the real Reagan did about Iraq using chemical weapons, but what would the ‘hypothetical, contemporary Super Reagan’ do about Syria?

Expect Everything (Via Randi Rhodes)

Syrian President Bashar al Assad warned that, if the US strikes Syria, we should “expect everything.” A native English speaker would probably have said we should “expect anything,” but somehow “expect everything” comes off as a much more potent threat. He also said a strike against Syria would “support al Qaeda.” Unfortunately for him, to most Americans, “al Qaeda” is anybody who talks like he does. Assad says that attacking him will strengthen al Qaeda, President Obama says that not attacking him will strengthen Hezbollah. We’re not sure who has the poison gas, but at least we get to pick our poison.

Meanwhile, President Obama is pulling out all the stops on a push for an attack. It remains to be seen if he’s as effective at getting people to mistrust Bashar Assad as Bashar Assad is. Tonight, interviews with Obama will air on ABC, NBC, CBS, PBS, CNN, and Fox News. That’s every network with a credible news organization… AND Fox News! After all the network interviews air tonight, Obama will give a televised speech to the nation tomorrow night. Obama is going to be on TV constantly. What does he think he is... a Kardashian?

When pressed on CNN about the quality of the evidence, White House Chief of Staff Denis McDonough said that it passes “the common sense test.” Actually, common sense says not to go to war over something that is being sold as “common sense.” The common sense test says that a bumblebee can’t fly—I prefer more rigorous tests.

McDonough said “do we have a picture, or do we have irrefutable, beyond-reasonable-doubt evidence? This is not a court of law. Intelligence does not work that way.” “This is not a court of law”?! Shouldn’t the threshold for sending a nation to war be much higher than the threshold for sending a person to prison? I want a lot more evidence to send the sons and daughters of Americans into a war than I do to send any one of them to jail. Meanwhile, Secretary of State Kerry is saying “The evidence speaks for itself.” Then why does the White House have so many people out there speaking for it?

John Kerry floats an offhand and seeming implausible way out for Assad if turns over all of his chemical weapons in one week; Russia and Syria pounce at the opening...