With President Obama now contemplating up to nineteen executive orders to combat gun violence, conservatives have started to flip out in characteristic form. Kentucky senator Rand Paul has accused Obama of acting "like a king or a monarch." South Carolina congressman Jeff Duncan declared last week, "We live in a republic, not a dictatorship." Mike Huckabee proclaimed that the White House has "nothing but contempt for the Constitution" and seeks to "trump ... the checks and balances of power in which no branch could act unilaterally." Texas congressman Steve Stockman has already threatened impeachment.
Obviously, gun rights are a pretty sensitive issue for many people, but a little perspective is in order. First of all, President Obama has no intention of banning assault weapons, or any other kind of gun, through executive order. Instead, according to the Times, he's considering some pretty mundane tweaks that would seem to leave the "right to bear arms" fully intact:

Actions the president could take on his own are likely to include imposing new limits on guns imported from overseas, compelling federal agencies to improve sharing of mental health records and directing the Centers for Disease Control and Prevention to conduct research on gun violence, according to those briefed on the effort.

If it's the use of executive orders in particular that's getting critics all riled up, though, then it's worth noting that Obama has used this lever of presidential power less frequently than every other president in modern times.
We've crunched the numbers, and as you can see in our handy graph, above, Obama has issued fewer executive orders per day in office than conservative heroes like George W. Bush, Ronald Reagan, and Calvin Coolidge. In fact, you have to go all the way back to Grover Cleveland in the nineteenth century to find a president who has issued executive orders at a lower rate than Obama.
This isn't to say that Obama hasn't, in some cases, assumed a questionable amount of power as president (a "kill list" that includes American citizens, anyone?). But his use of executive orders is not one of those cases.

How about Manditory Drug Test before you can buy a Gun? 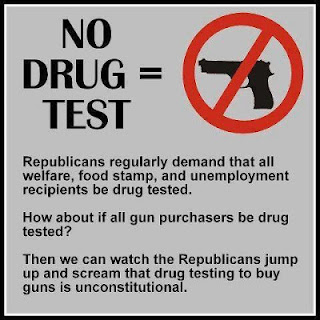 Posted by Stacy Burke at 8:41 AM No comments: 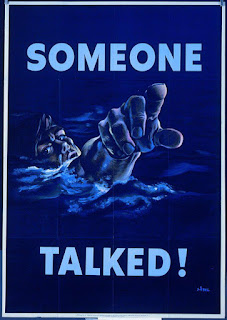 If a narcissist was really up to any good, they'd not have so much to hide. Once free from a narcissist's grip, a target has a LOT to tell.

1. We know their image is a fake - and can expose the real person
2. We know that the "nice guy/girl" routine is really just a cover
for an abusive monster
3. We know their world and identity is built on a shaky foundation

These secrets we've witnessed, stands to upset their apple cart, their way of life and methods of manipulation are able to be brought down, exposed and altered by us, when we speak up. They are KEENLY aware of this- so they launch out in a smear campaign of LIES to discredit us, before we discredit them with the truth.

I always told the ex narcissist that abused me, "You stop LYING about me, and Ill stop telling the truth about you."

He couldn't find it in his narcissistic self to 'honor' that truth - so I continue to tell everyone I meet the real story behind the narcissist's facade.

Works for me!
Posted by Stacy Burke at 9:17 AM No comments: