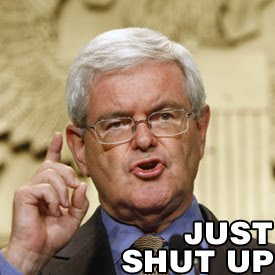 President Obama has come out supporting the right to build the mosque in Lower Manhattan. In other words, the President of the United States supports the First Amendment. That shouldn’t be news, but it is. What has this country come to when a something like this is open to debate? Well, it’s not really open to debate. It’s open to nutjobs hurling accusations, epithets and spreading intolerance.
Newt Gingrich said “Nazis don’t have the right to put up a sign next to the Holocaust Museum in Washington. We would never accept the Japanese putting up a site next to Pearl Harbor.” And As long as we’re making analogies to past conflicts, Newt—do you think we should accept the losing side of the Civil War declaring a Confederate History Month? Rush Limbaugh says liberals will allow mosques near Ground Zero but not Walmarts. As far as I know, no Muslims have ever driven wages down and fought against workers’ rights to unionize. Build a mosque and people will have a place to practice their religion. Build a Walmart and those small businesses that Republicans supposedly care about will be driven out of business.
Opponents of the mosque keep talking about “hallowed ground.” The neighborhood around Ground Zero includes strip clubs, off-track betting parlors, and every imaginable kind of fast food and tacky New York souvenir shop (photos). If this is “hallowed ground” then Coney Island is a religious retreat. There’s a strip club called New York Dolls that’s as close to Ground Zero as the proposed mosque. (Can I point out that New York Dolls has to be the worst name for a strip club ever, at least for people who remember the band the New York Dolls?) Why does the First Amendment right to free speech apply to strippers, but the First Amendment’s freedom of religion clause doesn’t apply to the mosque? If the Muslims who have proposed the mosque are willing to accept a strip club in the neighborhood, who is anyone else to object to the mosque? Republicans are being more intolerant of religion than Muslim clergymen are of strippers. I’m sure when the people trying to build the mosque looked at the strip club, they just thought “Well, they have every right to be here.” Unfortunately, nobody from the rightwing ever seems to realize that about the mosque.
Today’s Homework Discuss
Here's just one example of the businesses that are the same distance from Ground Zero as the proposed Islamic community center (click for more): 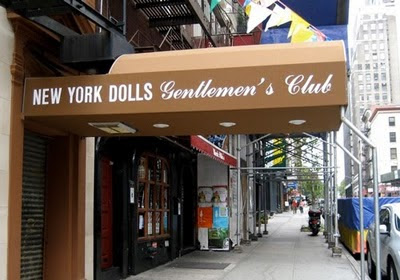