Randi Rhodes: They will say ANYTHING! 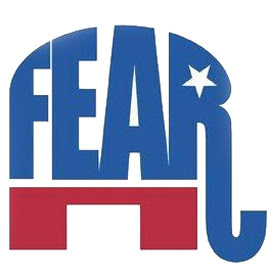 There are more poll numbers indicating that Republicans live in an alternative universe. These aren’t so much surveys as they are psychological questionnaires. Why don’t they just start giving Republicans those inkblot Rorschach tests? “What do you see here?” “I see Barack Obama sacrificing Christian babies to Satan.” In the latest poll, 52 percent of Republicans agree with the statement that President Obama “sympathizes with the goals of Islamic fundamentalists who want to impose Islamic law around the world.” Hmm… maybe the results wouldn’t be so extreme if they didn’t phrase the questions like a Glenn-Beck-on-cough-medicine rant. On the other hand, I guess they can’t just ask them “Do you believe… basically anything some rightwing nutbag could dream up?” Still, I suspect they would say yes. If you ask Republicans “How many fingers am I holding up?” the answer would be “Obama is the devil.” It saves them from counting. This poll also shows that 59 percent of Republicans said they believed the president favored “the interests of Muslims over other groups of Americans.” That one is a little surprising. I had no idea that many Republicans considered Muslims to be Americans. How can they keep us this level of ignorance? Glenn Beck is certainly doing his part. Beck has launched a new “news and opinion” website. Of course, to Glenn Beck, there’s no distinction between news and opinion. His opinions are wrong, and I’m sure all the “news” on his site is going to be wrong too. Beck said “It’s so hard to find a place that helps me make sense of the world I see.” We’re all with you there, Glenn. I certainly can’t make any sense out of the world YOU see. Gee Glenn, if you can’t make sense of the world you’re seeing, is it just possible that you’re not seeing the real world? Beck’s new site is called TheBlaze.com. Incidentally, The Blaze is already up and, well, blazing. Surprised? It’s not like they had to spend any time researching their stories. The banner headline when I logged on was “Explicit Poetry GPS Phones Help Illegals.” Really. I’m not going to click on the link for the article. I’m going to just let my imagination run wild—which I’m sure is pretty much what the author of that piece did. Check it out for yourself. I’m too busy texting excerpts from Allen Ginsberg’s “Howl” to immigrants in the desert suffering from hypothermia and sunstroke.Today’s Homework DiscussNew Left Media took a stroll through the Beck crowd on Saturday...


Thom's blog
Is Newt Gingrich Giving Aid and Comfort to the Enemy?
For months, far right-wing conservatives have led a hateful campaign against the proposed Park 51 Islamic community center near Ground Zero in New York City. Former House Speaker Newt Gingrich is even claiming it will be a launching pad for "Sharia law" in America. In an interview with Newsweek magazine, Zabihullah, a Taliban spokesman said, by "preventing this mosque from being built, America is doing us a big favor." The, "...more mosques you stop, the more jihadis we will get." Meanwhile, a new Newsweek poll is showing that most Republicans believe President Obama "sympathizes with the goals of Islamic fundamentalists who want to impose Islamic law around the world." Only 33 percent of Republicans said the "allegation" was "probably not true," while 38 percent said it was "probably true" and 14 percent said it was "definitely true." Gingrich's hysterical campaign about the Park 51 community center is hurting Americans in two ways. First, he succeeded in turning a majority of Republican Americans against their own President based on a lie. Second, he's giving aid and comfort to recruiters for the very extremist in Islam whose credibility would be most diminished by the building of this community center.

http://thomhartmann.com/
Posted by Stacy Burke at 11:23 AM