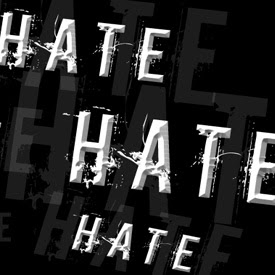 Sarah Palin has added her two cents to the debate over the mosque at Ground Zero. And, as you would expect, her opinion is way overvalued at two cents. Sarah Palin called on Muslims to “refudiate” the mosque. Wow. Sarah Palin is as disconnected from real words as much as she’s disconnected from the real world. In her second attempt, Sarah called on “Peaceful New Yorkers” to “pls refute the Ground Zero mosque plan.” Now she’s using a real word… the wrong way. We’re halfway there! That post was removed as well. In her third shot at it, Sarah managed to put together a correct sentence. Sarah Palin, Inc must have brought in some outside consultants. Then Sarah addressed the whole fiasco by comparing herself to Shakespeare. She said “English is a living language. Shakespeare liked to coin new words too. Got to celebrate it!” Uh Sarah, shouldn’t you say “Got to commemerabate it”? English is in fact a living language. And Sarah Palin is doing her darndest to kill it. Yes, Shakespeare made up words too. The difference? Shakespeare knew he was doing it. Sarah, you are no Shakespeare. Though I will admit that your career has been “A Comedy of Errors.” Oh, and “Much Ado About Nothing,” while we’re on the subject.
In an interview on MSNBC, Tea Party bigwig Mark Williams said it’s “impossible for there to be a racist element in the tea party.” Unfortunately for Mark Williams, the biggest argument against that statement is the existence of Mark Williams. It’s kind of like trotting out Mel Gibson to argue that it’s impossible for there to be a misogynistic element in Hollywood. Then Mark Williams responded to the NAACP’s criticism of Tea Party tolerance of racism with a whole-hearted embrace of racism. Williams posted a bizarre “open letter” to Abraham Lincoln he wrote from the point of view of “colored people.” The letter appears to be an attempt at satire. I guess this shows it’s hard to maintain satire while simultaneously hiding your real feelings. The point of satire is to use wit to expose folly. Mark Williams has managed to use folly to expose his lack of wit. It just goes to prove that satire is not the proper tool for people who don’t know how to handle it. It’s like handing a gun to a child. Of course, I’m not at all sure that Mark Williams would disapprove of that. Satire is simply beyond the ability of Mark Williams to use it. Mark Williams trying to use satire is like Sarah Palin trying to wield the English language. Today’s Homework