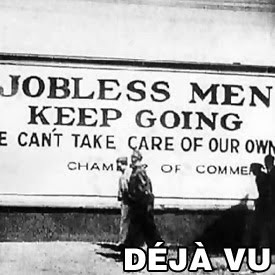 This weekend the President spent his weekly radio address blasting the Republicans for obstructionism, including a Senate filibuster of an extension to unemployment benefits. Senate Republicans are holding unemployed people hostage - which is about as close as the Republicans in the Senate are going to get to giving any of them permanent positions. Thanks to Republican obstructionism, 325,000 workers have already had their unemployment benefits cut off. The Senate Republicans don’t seem to grasp the difference between ending unemployment, and ending unemployment benefits.At least Senate hopeful Rand Paul has an answer to long-term unemployment: go get crappy jobs. I don’t know the answer to long term unemployment, but I do know that a good start would be to make sure Rand Paul does not get a job as US Senator. Paul says lazy Americans need to take lower paying jobs. He said “ultimately we do have to sometimes accept a wage that’s less than we had at our previous job in order to get back to work and allow the economy to get started again.” If Rand Paul had his way, American workers would go from wearing hard hats to wearing paper hats. Thanks for the minimum wage job, Rand. My only question for you now is “Do you want to supersize that?” I have some advice to Rand Paul - go back to talking about how you want to repeal the Civil Rights Act. You sounded more likeable then. In the world of people who have jobs but probably shouldn’t, BP CEO Tony Hayward went to a fancy yacht race this weekend. I guess the word “fancy” is unnecessary when you’re talking about a yacht race. What’s the last “down home” yacht race you attended? This yachting event was The J.P. Morgan Asset Management Round the Island Race at the Isle of Wight. JP Morgan? Nice… there was a connection to the banking crisis in there too. The only way this event could have been more tasteless and wrong would be if Tony Hayward had done it in blackface. Tony, if you really want your life back, stop reminding people of just how disconnected it is from the lives of normal people. If you want to apologize, you can find us at Wendy’s, filling out an application.Today's Homework